Reasons for the low take-up of mobile broadband in Slovenia

Telekom Slovenije – a brief history of its privatisation 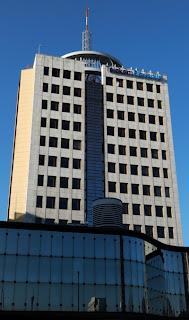 The first privatisation attempt – a missed peak of the telecom hype

The Slovenian minister for electronic communications Jernej Pikalo has recently announced that he is going to propose structural separation of Telekom Slovenije. The announcement has come as a surprise as there had been no prior consultation on the issue, neither within the government offices nor publicly with other stakeholders. Besides, Telekom Slovenije has been on a list of state-owned companies for sale and the Parliament has already approved the government’s privatisation plan. The next step in privatisation was made at the end of August when shareholders, the majority of them state-owned companies, signed an agreement to sell a combined stake of 72,75% in Telekom Slovenije, which is valued at EUR 710 million at current market price. The state’s stake is worth EUR 517 million.